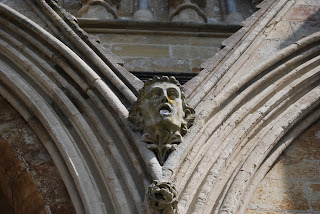 Maybe it's just the jet lag.

But this is one of those bummer days when I just feel like giving up.

If your friends ever tell you that you should write a book, you should stab them in the eyes with carrots.

I knew a lady once who sat down while she was knitting and both her knitting needles went up her nostrils and stabbed her in the brain. You may laugh... you may say I'm full of crap, but that's an absolutely true story. She ultimately died from lung cancer because she smoked so much.

You shouldn't knit, either.

I don't even know if it's legal, but I brought three boxes of them back home from my overseas travels this summer. I haven't opened them yet, though.

I went through a lot of foreign airports coming back to the US this summer, too. Some of them are pretty lame.

I think their security people knit.

I take all the pictures on my blog and my website. I guess taking pictures is like knitting, but you can't stab yourself in the brain when you sit down on your couch to smoke. The guy in the picture here is a gargoyle on a church. He barfs out water when it rains. He doesn't have arms, so he is obviously neither a knitter nor smoker.

This is one of those days.

I think I'll have a cigar and a glass of whiskey.