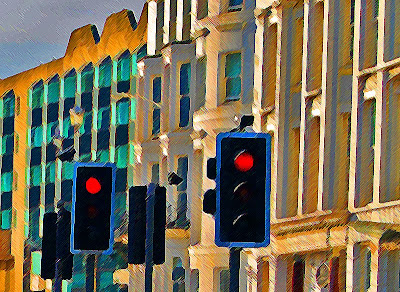 Okay. So as you can see, just a little thing like [insert additional hour here] can really throw off my rhythms.

I do not like spring-ahead-fall-back at all. I could care less about the origins of the practice, or any justification for its continuation. All I know is that when human beings screw around with time, which is undoubtedly the glue that holds together the universe together, you're asking for trouble.

Now. [which would have been an hour later if this was yesterday]

So, not only do time changes throw me off, but when you combine a time change with having been tasered to sleep and then waking up in jail, well, all I can say is my whole productive day (which is one hellish hour longer than it should be) has been shot to hell.

I will be back.

But it will probably be a hell of a lot earlier than I was planning.
Posted by Andrew Smith at 1:11 PM