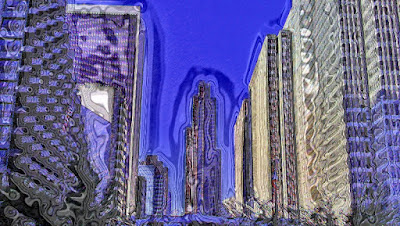 Okay. So the thing is, I don't write books for Young Adults.

I don't write books for anyone. I write them for me. If that sounds selfish or egotistical, I can handle that. But I think if I spend any amount of time pre-considering things like who, other than myself, is going to want to read my next story, then it follows that I'll be thinking about which part of the bookstore my book will end up in, and then a trip to the local big-chain national retailer is in order, then I start concocting a scheme to weave vampires and magic into my book, since this, apparently, is what "Young Adults" want, and then I am no longer a writer, but something more along the lines of... well... a whore.

I don't mean that in a necessarily bad way, but that's how it is.

So, when that kid asked about my credentials for writing for Young Adults, I think he was expressing his own confused ability to distinguish between the two professions mentioned above.

I just write books. I never intended any of them to be "for" any narrow segment of readership. In fact, I don't think I really even knew there was such a thing as "Young Adult Fiction" when I wrote -- and sold -- my first novel. I just wrote a book.

There are lots of people who've said to me that in the path of falling objects is not YA. Okay. It doesn't matter to me what you want to call it. It's just a book.

Just wait until the next one, The Marbury Lens. My friend Yvonne tells me she is living for the letters I'm going to get about it. I'd say why, but I don't really want to start getting those letters until after the book comes out. And I truly do not know what I'd call it... other than a book.
Posted by Andrew Smith at 3:09 AM