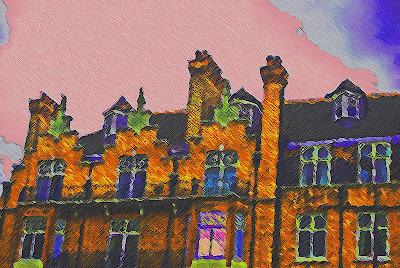 First, I am incredibly honored to find my latest novel (last month's release), in the path of falling objects, appearing on the YALSA/ALA list of nominees for 2010 "Best Books for Young Adults."

I am also very happy for all my friends whose works also are showing up on that list.

I believe this calls for a party of some kind.

The other day, an acquaintance finished reading in the path of falling objects (she had read Ghost Medicine last year, when it came out). She said something like, "Wow, this is completely different than your first book."

What do you expect?

I just can't write the same thing with the same characters and problems, but only different names and locations over and over. I know a lot of writers who do, and I suppose it's one way to cultivate dedicated followers. But its BORING.

To me, that's when writing becomes something of an assembly line job.

So, yeah, in the path of falling objects IS completely different. All of my books are, and it's one of the reasons why I freak out so much when they're finished and I send them in to my agent and editor (two of the best people in the world, I might add). I mean, if the last one was "good" (Ghost Medicine was named a BBYA for 2009), and this one is different... well, what's "different" from "good?"

That's why I freak out and lose sleep every time I send something in. I never know how people will take it.

So, if you think in the path of falling objects is "different" ... well, holy shit... just wait till you get a copy of The Marbury Lens next fall. In fact, I think quotes like "holy shit" appeared in several communications I received back from New York City after I subbed that book a few months ago.

You have Ghost Medicine that's kind of a poetic fable, in the path of falling objects that's kind of a thrill ride with a psychopath, and, coming up, The Marbury Lens that will scare the shit out of you and make you wonder whether or not our world is actually real, if there actually is any balance between guilt and innocence, good and evil, and also, after that, Winger, part comic book, funny, introspective, angsty, and, ultimately very sad... and THEN, to top it all off, what I am writing at the moment, which, I needn't say, is completely different from all those previous trips.

Finally, I'd really like to say that in the last year since Ghost Medicine was released, I've gotten to go to so many libraries and meet and spend time with librarians all over the country. I think there is a vast underappreciation for what librarians really do. They don't just put books in order, check them out, and scowl at noisemakers... they connect living souls of all ages to written words, and I've seen some damn good ones in action this past year, and it blows me away.

Remember, the Ghost Medicine Website is going to have some cool changes and updates added on this weekend, so check in every once in a while.

You can see the complete current list of BBYA 2010 nominated titles here.
Posted by Andrew Smith at 5:53 AM