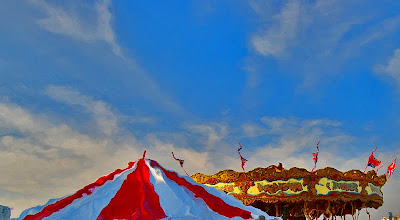 My son is downstairs listening to a live Clash LP.

I do not do things like replace water heaters or garbage disposals (which broke a while ago, but if you can't live without a garbage disposal, there is something seriously wrong with you).

I don't expect my plumber to write novels, either.

Yesterday, I received a strangely random email. I responded to the sender about why he chose to ask these particular questions to me (if it had something to do with my blog, my website, books, if he had seen me speak in public, if, maybe, he was a former cellmate) -- because I didn't recognize his name, either (maybe, he is yet another card-carrying member of the mass of humanity who thinks I am the real Andrew Smith)...

Anyway, I haven't received anything in the way of a response from him, so I'm going to take this opportunity to paste in a portion of his email with my response.

Here's what he asked,

Are publishers, editors, and agents in the children's lit field less receptive to male narrators (and male subject matter) where there is a science/science fiction focus? Perhaps the preponderance of non-males in this field has something to do with it.

First, the first part (conveniently enough): No. I think publishers, editors, and agents are simply not receptive to bad writing, whether or not the work has any male voice, science, or sci-fi content. That said, I do believe that it is common in any business firm to project future sales on current trends, and this may have something to do with the stacks and stacks of vampire books and watered-down chick lit in the YA section of booksellers. It has sold in the past, sells currently, so why make room for titles that offer different content? That's just business.

I do see a new trend emerging, though, and I've run into so many librarians, teachers, readers, and even booksellers in the last year who are eagerly seeking out books for boys, particularly, books for teen boys... so, look out. We will be seeing a changing landscape in the YA section of chain booksellers, but it's going to take a long time for that to happen.

Now, for the second part: What do you mean by "non-male?" There are lots of things I can think of that are non-male.

If you mean "women," then you should say it. Yeah, there are lots of chicks in the writing/publishing industry. I'm good with that. But, I don't agree with the non-male statement. How about, for example, Scott Westerfeld, D.J. MacHale, Michael Grant, Terry Pratchett, Christopher Moore, Brian James, Neil Gaiman (whoever that is) and...

ME, the real Andrew Smith?

Just to name a scant few (guys who wouldn't let me was their cars). I love working with women... in publishing, editing, marketing, and as fellow authors. And I've (personally) never had any trouble at all having my male-narrated, male-oriented work picked up.

Keep plugging away, dude. You'll get there, too.
Posted by Andrew Smith at 5:46 AM