regarding the next book 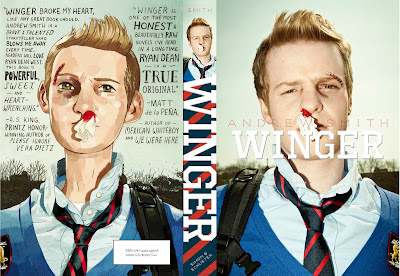 But I wanted to talk a little bit about my next book, since it will be here in a little more than three months.

I met a reader in St. Louis who'd started with one of my books and then worked her way through my entire list. She asked me when she would be able to get a copy of Winger. I didn't really know; all I knew was that the book is scheduled to be released on May 14.

So I looked, and I found that it's available for pre-order all over the place. Here are a few links where you can get the book:

Winger is a book about boarding school kids who play rugby. Although there are rugby scenes in the book, the book is not a sports book; it's about friendship and falling out of friendship, love, and fitting in. But I really love the game of rugby, and I coached a very good team of high school players for quite a while.

Next weekend, I'm going to attend a rugby tournament. I've really missed the game, and it's been a long time since I've seen a match. Now, the players that I coached are all grown up and scattered across the country. A lot of them still play, too, and many of them have been very successful at it. I still keep in touch with them.

It's the greatest game that was ever created by human beings, but a lot of Americans find it confusing. Probably the best way to learn the game quickly and easily is to go to a match with someone who knows how to play. You'll catch on in no time.

Anyway, here are some pictures I've taken over the years, and a little introduction to rugby terminology for you:

This is a ruck. There is a guy on the bottom of all that. And he is still alive. 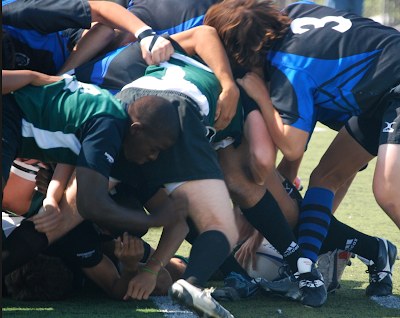 This is a lineout. Our guys (in black and blue, just like the team Ryan Dean plays for in Winger) were really good at these. 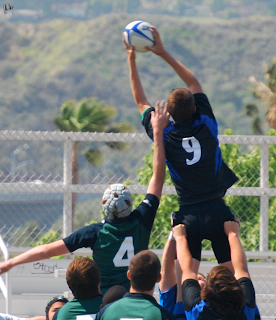 This is a maul. We were good at those, too. And this game was played on a beautiful pitch in San Luis Obispo. 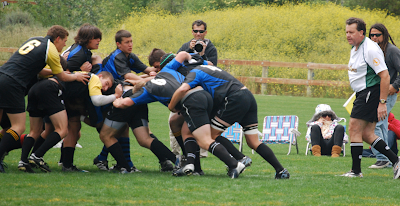 This is a scrum.

This is a concussion. 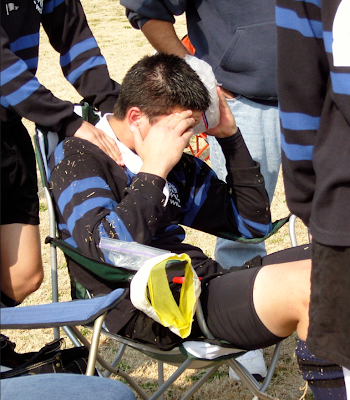 And this is a damn good fly half (he's like the quarterback in football) with a busted nose. We were wearing white that day because it was so hot. 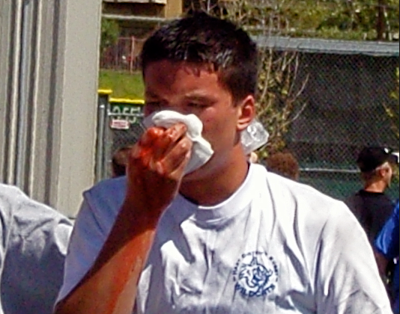