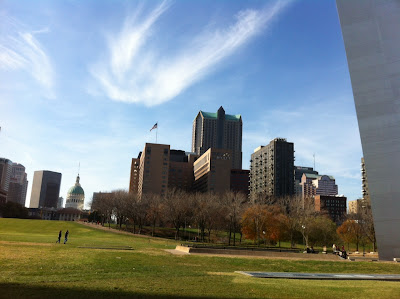 Tomorrow I am assuming there will be plenty of Mayan Apocalypse anxiety.

It is also going to be (or not-be, as the case may be) my wedding anniversary. Will the Mayans get me off the hook for flowers and dinner?

Another thing: I don't gripe about personal matters here, but as far as personal things go, 2012 was one of the worst years in my life, and as far as I'm concerned the Mayans can bind its hands and feet and toss it into a cenote.

On the other hand, there were some tremendously great things that happened to me in 2012, and I'm going to list my TOP TEN THINGS THAT HAPPENED TO THE GREAT-BIG-GIANT-ME IN 2012 (as usual, in no particular chronological or ranking order):

Yes. That's it. Well, I mean I had plenty of terrific meals in 2012, but I also had three great dinners with some very intelligent, articulate friends, and these were them: I had dinner with Jean Feiwel and Liz Szabla; on another occasion I had dinner with my agent Michael Bourret and co-conspirator A.S. King; and, when I was in St. Louis, I had dinner again with A.S. King and Heather Brewer -- and her husband Paul.

No. It's not what you think. Valentine's Day 2012 was the day Julie Strauss-Gabel acquired my forthcoming novel Grasshopper Jungle. I hope she still likes me. I think I am a burden to work with. But I will admit that Grasshopper Jungle is my favorite child; the best thing I've ever written. I think the reason why it rings for me is that when I wrote it, I had decided to quit writing and as a result was only doing it for myself. I had even resigned from my agency and honestly planned on quitting. And that's when I met Michael Bourret, and we talked a few times at length about writing and shit like that. And Michael made me not quit, so I told him about this crazy, insane, twisted thing I was working on called Grasshopper Jungle, and asked if maybe he'd like to take a look at it. He did not know this until very recently, but I dedicated the book to him. In honesty, I thought the book was my ticket to the nuthouse.

I got to go to so many schools this year. I have a special place in my heart for four of them: Foothill Technology High School in Ventura, California; Cleveland Naval Junior ROTC High School in St. Louis; Miami Senior High School, and Miami Springs High School, both in Miami (duh!). I love these schools and what they do for kids so much.

Yeah. On November 2, my sequel to The Marbury Lens came out. It's been so well-received. I am blown away by the critical love for the book.

It's not out yet, but I've worked on my novel Winger for so long, and when I finally got to hold that beautiful ARC in my hands and see the amazing artwork inside (by Sam Bosma), it was an amazing thing. I really love this book a lot, and I can't begin to say how terrific the team at Simon & Schuster have been about making this book as special to them as it is to me. It comes out May 14, and that's not a long wait, considering how long ago it was (and I totally remember this) when I wrote the first lines and started doodling around with Ryan Dean's comics and charts.

What a kick in the pants it was to speak on a panel at ALA about the burden of testosterone with my brofriends Michael Grant, Jon Scieszka, Daniel Handler, and Daniel Kraus.

That stands for St. Louis Public Library, where I was honored as this year's "Read It Forward" author. And I also got to speak with another group of author bros: Greg Neri, Antony John, and Torrey Maldonado.

This was a surprise to me -- being asked by Tor Books to write a short story about Marbury and the kids we know from there. Beautiful cover on this one, designed by the amazing Scott Fischer.

10. BOOKS AND LETTERS FROM FRIENDS

I love it when friends sign books to me. This year, I picked up some very special ones: Ask the Passengers by A.S. King, Burning by Elana K. Arnold, and Scowler, by Daniel Kraus. Also, Kraus sent me the funniest email a few days ago which I won't repeat here, but it made me very proud. And another thing about Kraus -- he sent me those pesky Hostile Questions for his magazine Booklist, and I had a blast being hostile right back to him in my responses.
Posted by Andrew Smith at 2:48 PM