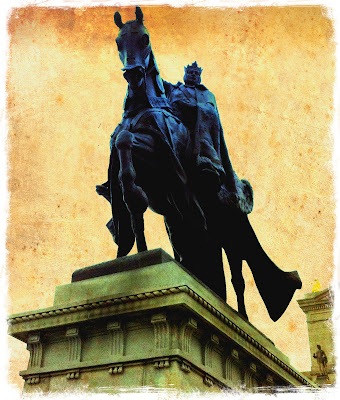 Here is how I ended my work year yesterday: I hit send twice.

I sent a brand new and exceedingly strange novel to my agent, and then a few minutes later I sent him a new short story, too.

As a general rule, I am not one of those writers who ever talks about WIPs or how many words I'm producing on a given day. I don't have a problem with people who do that stuff; I realize it's one method by which some writers remain focused and disciplined, maybe. I won't even say the title of the book, so it will from here on be referred to as My Most Recently Finished Novel Which Includes A Non-Prime Numeral In Its Title.

But now I can talk.

Yesterday, I told a friend about this latest novel. Usually when I finish something I like to take some time off from writing, I said. But here I am, having coffee and watching the last sunrise of 2012, and I'm thinking about what I'm going to do next.

To be honest, I already know what I'm going to do next. It's just a matter of deciding if I'm going to go to work on it today or wait until tomorrow -- 2013.

When I visited St. Louis last month, a student at Cleveland High School asked me a very interesting question about writing--one that I'd never been asked before. He wondered if I experienced a "sophomore curse"--the inability to produce a second work after I had gotten my first novel published.

I really haven't had that problem. So far, I've been writing 2 or 3 novels per year, which accounts for the Passenger - Winger - Grasshopper Jungle logjam of novels coming out over a very short period, and for the three or four other completed novels I have on my hard drive that nobody has ever seen (well, my agent has seen one of them... and now he got another one yesterday).

I am so relieved to be finished, just in time to start something new.