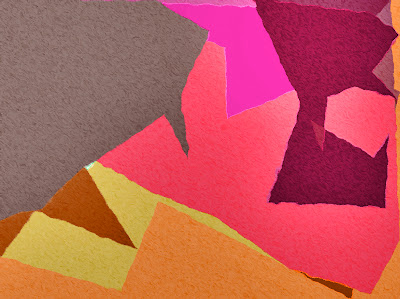 Recently, a number of people got chuckles from the Texas Republican Party platform that expressed an opposition to teaching critical thinking in schools.

I don't really see what the big deal is.

There is a slow and quiet movement taking place in education. It sounds really cool -- National Standards. Ultimately, the idea is that on any given day, for example, every 11th grade student in the United States will be learning exactly the same lessons.

Chairman Mao would be so proud of us!

When that finally happens, they'll be able to take the human beings out of the classroom and hand every 11th grade student in America an iPad.

Don't get me wrong -- I love my iPad. You can't teach critical thinking with one, especially if you have kids who are trained not to read outside the confines of their standardized curriculum, and if the reading curriculum is, indeed, standardized.

I've been kind of interested in the Beat movement of the 1950s, and how many of the Beats expressed disillusion with how homogenized American society was becoming -- that regional differences and dialects were becoming uniformly standardized by television, franchise businesses, and advertising.

They had no idea what we'd be doing to our kids in the 21st century.

But if you're in education (as I am), you're not really allowed to talk about it.

When I was an undergrad, I was highly influenced by a "New Left" Marxist philosopher named Herbert Marcuse, who wrote a book called The Aesthetic Dimension. It was all about critical thinking and art, and it really had an impact on me as I developed my writing skills.

Anyway, I just thought about this because yesterday I had a conversation with a friend who expressed disappointment over the fact that public displays of critical thinking often inspire hateful responses -- that the discourse in America has devolved into two massive standardized lumps who all think and say exactly the same things.

You make your bed, you're going to have to sleep in it.

First, The Best Part of My Day.

I took this photograph on my morning run. I go here every single day: 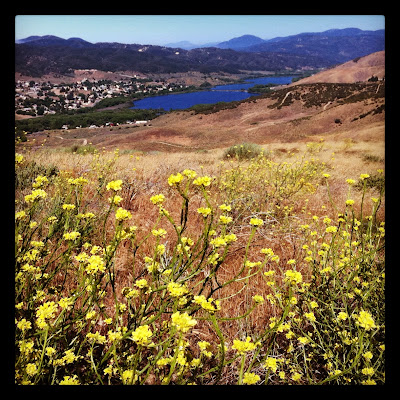 I took this photograph a week ago. I posted it with a caption directed at all the GUYS out there (especially the ones who are being lied to about reading and writing and critical thinking).

Guys, this is why you should be a writer -- When you get invited out by groups of other writers to meet for drinks, this is what it usually looks like. 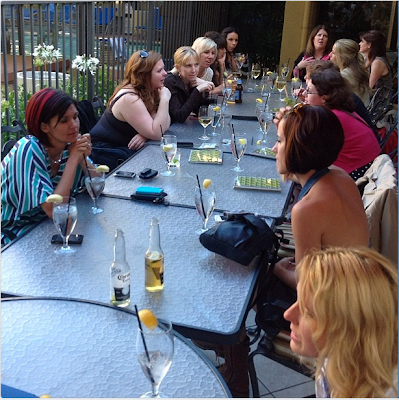 And, finally, today's topic was On The Floor.

Yes, this stack of manuscripts (up to and including next year's Winger and Grasshopper Jungle) is sitting here, right now, on the floor of my office: 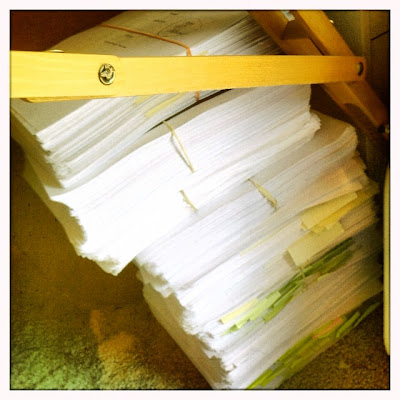