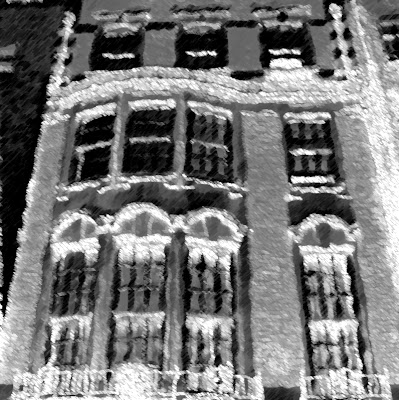 Do you believe that?

And among those kinds of people are people who would willingly sit in a small capsule, strapped on top of a rocket ship, and blast off for space in spite of an awareness -- a likelihood -- that they may never come back.

If there is a thread that consistently runs through the things I write, a string theory that stitches my universe together, it probably has a lot to do with that idea.

There is something self-destructive in that compulsion.

My most reluctant astronaut, Troy, from Ghost Medicine, laments about his sacrifice, the trade-offs, giving up pieces of himself in exchange for an uncertain future. Jonah, the protagonist of In the Path of Falling Objects, a kind of wandering ascetic who knows he will never come back, is definitely more resigned to the lift-off, but is prepared to make the best of his trip.

And then there's Jack, from The Marbury Lens. He's terrified of the journey, but there's no reason he can come up with NOT to go. So he keeps climbing back onto that spaceship, never expecting things to get better, and finding an element of twisted, self-deprecating humor when his expectations are unfailingly met. Fuck you, Jack, he tells himself, time and again.

They ask me this with consistency: all these protagonists are me.

I am the type of person who would willingly get aboard that rocket ship, and I would do so with a certain degree of confidence that I won't ever make it back.

I think about this all the time; even more frequently now that The Marbury Lens is just days away from its release.

Like those three characters in my first novels -- and Stark McClellan, too, from Stick, my fourth -- I have spent all this personal currency, burned off a store of propellant that I'd kept locked away, and now I can't get it back. And I can't come home, either.

Writing is probably more like disappearing, evaporating, blasting off and never coming back to where you were, than anything else. That is a conservative estimate of the truth, I think.

And there is no room for regret on a rocket ship. Troy, Jonah, Jack, and Stark would all tell you that.

What did you always want to be when you grew up?