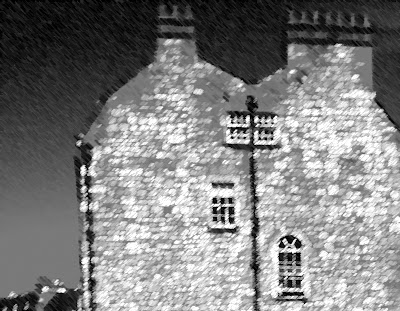 Taco Bell, I still have not heard from you. Look, if you want me to dedicate my next book to you, all you need to do is give me a $500 gift certificate. I know... I don't even eat Taco Bell food, but I will make my kids eat there if you give me a gift certificate.

And dedicate a book to you.

The same offer goes out to Starbucks and the U.S. Chamber of Commerce.

I will use the Starbucks gift certificate. I'm not really sure about what the U.S. Chamber of Commerce does.

I don't think anyone knows.

I want to talk about some real people whose names are mentioned in The Marbury Lens.

First, you can't really look at any of my first three books without seeing this one name: Jean Feiwel.

Jean Feiwel is my publisher. I know... everyone in publishing knows who she is. That's all there is to it. People know who she is because she has this energy-vibe for all things written that isn't just infectious... it's viral, nuclear. And Ms. Feiwel totally, without a doubt or any wavering, believes in her writers and everything we do as part of her team. I don't know first-hand how other publishers work, but most of us who write for Jean Feiwel agree that being part of her imprint is kind of like literary nirvana.

Second, when you flip the title page of The Marbury Lens, you'll see a dedication written there: for Liz Szabla. Now Liz, I have mentioned before on this blog, but rarely. She likes to play it low-key. She's my editor.

You don't just throw out freebie dedications in your books. Well, there is that whole extending-my-hand-of-friendship-to-Taco-Bell-or-Starbucks-or-the-U.S.-Chamber-of-Commerce thing.

But, other than that... Liz is, well... without getting too wordy about it, I'll just say I need to put her name there on one of my books. Need to.

There are some other people whose names are in The Marbury Lens that I'll be talking about, too... coming up.

But not YOU, Taco Bell.

But, two quick things before I go:

One) A name in the back of the book: Dave Barrett, the managing editor. Terrific guy. He runs, like me, which makes him extra cool, and he has a wicked sense of humor coupled with a discerning taste in music. Congratulations on your impending wedding, Mr. Barrett, and to your beautiful, intelligent, and creative bride, as well. I am sending a six-pack of Miller Lite (attention Miller Brewing Company: my Taco Bell offer extends to you, as well) in the mail.

Two) Tomorrow, I am going to be speaking in Hollywood with some really cool people: Michael Grant, who is departing on a book tour to Australia (attention entire freaking nation of Australia: see above Taco Bell offer), and Ellen Hopkins, with whom I had a most amusing email conversation the other evening.