star for a starless sky 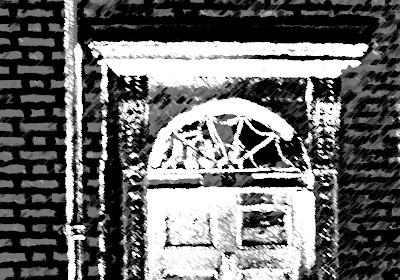 Well, someone gets it. I don't know if that's a good or bad thing for Mr. Chipman. Booklist released its November 1 review for The Marbury Lens today. They gave my book a starred review, which, as writers know, coming from Booklist is... well...

Here's what they have to say:

The Marbury Lens.
Smith, Andrew (Author)
Nov 2010. 368 p. Feiwel and Friends, hardcover, $17.99. (9780312613426).
Smith follows his last excavation of darkness, In the Path of Falling Objects (2009), with a read that is as disorienting as it is daring. Jack is abducted, drugged, and tied by an ankle to the bed of a sexual predator named Freddie for days before escaping. He tells only his best friend, Connor, but shared secrets can come laced with poison. During a summer trip to London, a stranger hands Jack a pair of glasses that peer into a corpse-strewn wasteland called Marbury, where Jack is on the run from a horde of men turned beasts led by Connor. As Jack flips between worlds, the sickening draw of Marbury becomes like a drug, hollowing him out as an inner voice screams: “Freddie Horvath did something to your brain and you better get help, Jack.” A love interest tries to help Jack weather the onslaught of guilt and loathing, and yet another narrative layer comes from the story of a boy who was hung more than a century ago and whose ghost is now either haunting or helping Jack in both worlds. Mixing a trauma reckoning with dark, apocalyptic fantasy and notes of psychological horror, this commandeering novel’s multiplicity is elusively complex yet never complicated: although the many gut-quivering story elements are not clearly defined, they always speak to each other, and Smith wisely leaves much up to the reader. People will talk about this book and try to figure it out and maybe try to shake it off. But they won’t be able to.

Thank you very much, Mr. Chipman, and Booklist.