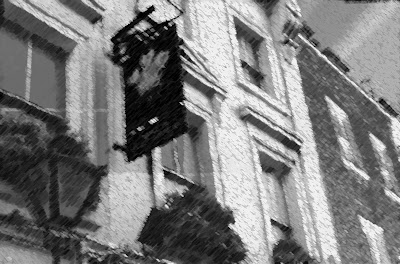 I wrote an acknowledgments page in two of my books: In the Path of Falling Objects and this one, The Marbury Lens, the one that's coming out in a short two weeks.

I guess the books with no acknowledgments pages are all because of the great big giant me.

The truth is, there is quite a team involved in producing a book, but for this one, especially, I had to ask friends for advice, because I didn't know if I was doing the right thing.

I can say now that I never intended anyone to read The Marbury Lens. Like a lot of things I have written, I started out writing the book for a limited audience of one -- me. My editor asked to see what I was working on, though, and I sent her (I think) around 130 pages or something, and then she wanted more... and I was, like, okay, well I guess some people are going to read this now.

But I didn't know how anyone would react to it. To tell the story I needed to tell required some sexual content and a good bit of cussing. It's easy to put sex and swearing into books as attractors to fringe or "edgy" (I hate that word) elements, but when a writer does that, those content inclusions are -- by definition -- gratuitous, unnecessary to move the story along.

That was my quandary. The sexual content, the language, and the violence in The Marbury Lens (which... YES... is a fantasy/horror/psychological thriller kind of thing) were absolutely integral to the story.

So I asked a group of people who I think are pretty dang smart what they thought about such content issues in YA fiction -- how far is "too far"? And they helped me. A lot. And for that, I am very grateful, because, like I said, I really did not know if I should let anyone read this book.

The group came from a variety of backgrounds: teens, bloggers, librarians, teachers, booksellers, editors, and published authors, too. And their names are listed in the book (but NOT yours, Taco Bell). Here they are, again:

But that's not all on Team Marbury. More to come...