on studying to become a ninja 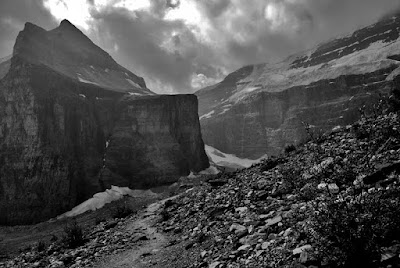 Maybe my post yesterday made it sound as though I kind of take it for granted that I have an agent, and that I have a great relationship with my editor.

But, what I do know is that both of them -- agent and editor -- do things for me that I don't think I'm smart enough to do for myself. I look at the whole thing as being a part of a team and playing my part; and counting on my teammates to know their game as well.

And there are going to be plenty of writers out there who will disagree with me on this, but I truly believe -- and always counsel aspiring authors along this line -- that you need an agent if you expect to have any hopes of succeeding as a novelist.

So, here are my very simple recommendations to aspiring authors about how to go about obtaining representation from a great literary agent. You only need to do TWO THINGS. It's as simple as that. Ready? Here you go:

1. Write a good book. You'll know it when you do it. And it won't be because your mom, best friend, husband, or wife told you it was good. In fact -- my advice -- NEVER let those people read your book until it's out in galley form. That's what I do, at least. Crap, I don't even tell them my title until the galleys are out, for that matter. And whenever someone asks me what's my book about, I say, "It's about 400 pages or so."

2. Don't be a jerk. Jerks don't research the agents they're contacting; they just throw as much shit as they can out there and hope some of it sticks to something good. Jerks send YA Fantasy queries and vampire books to textbook agents.

That's all you need to do.

Oh... and don't put too much effort into your query letter, either. You'll know if it's good enough, too... after all, you got through step 1 above, right?

The reason I say this is that, honestly, I think I see a LOT of aspiring writers putting more time, stress, and energy into crafting a really smart and hooky query letter, only to end up having it paint a colorful facade for a crappy book that they didn't put much time, stress, or energy into.

I'm going to go out on a limb here and say I bet that REALLY pisses off literary agents.

So, yeah... my original query letter that brought me and my agent together? I can't say it exactly followed the formula that so many writers' groups preach as the gospel... I'm pretty sure it was more than one page long (and I'd use an exclamation point on that... but, you know...).

And I haven't written one since, so I'm usually very hesitant when a friend or acquaintance trying to get into the business asks to run one by me for criticism.

But, I have (I think) written a few good books since then.

And I probably am a jerk, but never to my teammates.
Posted by Andrew Smith at 6:18 AM