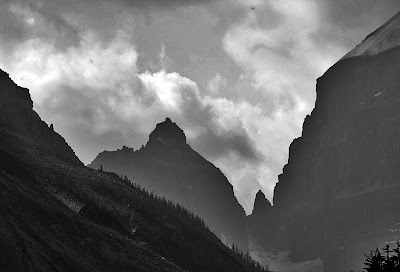 Once again, the comments generated from yesterday's blog were all thoughtful and articulate, and I'm glad to be having this discussion here.

First, a brief response to Karen's comment from yesterday: I think that the evolution of girls' brains progressed differently because, unlike boys, they learned in a lower-stress, cooperative, and relaxed environment that allowed them to talk and multitask while learning. This can account for the greater hemisphere-to-hemisphere interaction in girls' brains, their capacity for internalized conversation, and their greater ease at multitasking in comparison to boys.

Most importantly, though, I'd like to stress that it is definitely NOT my contention that NO boys can learn effectively in the sit-down-and-be-cooperative, contemplative, introspective, and collaborative environment; nor that NO girls can learn effectively in a kinesthetic, physical, competitive, risk-taking environment in which failure is associated with consequences. I'm just making some data-supported generalizations about genders and learning, but the most important idea for any educator/teacher/parent to adhere to is the principle of the value and importance of the individual.

Furthermore, Michael's account of his own son's experience fits perfectly with what I proposed on yesterday's blog about the way boys want to -- need to -- learn.

That said, I'd now like to list a few of the features of boy-friendly education, and, where appropriate, tie those features into reading and writing programs for boys. I'll begin with three strategies today, and expand the list on tomorrow's post:

1. Gender-segregated classes as an option. When Ghost Medicine came out, I had the privilege of visiting a couple boy-only reading classes being taught at the high school-level. As Michael Gurian points out in The Minds of Boys, single-gender classrooms are both controversial and catching on like wildfire across the country. Evidence shows that gender segregation as an option uniformly reduces discipline problems and vastly improves boys' achievements in language arts. In boy-only classes, boys are less likely to feel embarrassed about reading aloud or speaking up about what they read.

In co-ed classes, Gurian points out, boys overexaggerate their masculinity in the presence of girls; they shun participation in fear of being labeled "gay" or a "sissy" (Gurian). In single-gender environments, these behaviors are nonexistent.

It is important to note that when boys and girls enter high school, girls' language abilities are 18 months ahead of boys. That is to say, an entering 9th-grade girl has roughly the same reading/writing/expression abilities as a second-semester sophomore boy. Segregating genders allows boys to close that gap quickly.

Boy-only classes also allow for the inclusion of most of the features I will list below and on tomorrow's blog.

2. Boy-friendly books. Gurian point out that, "Our educational culture is, in general, quite judgmental about what kids read. To some extent, this is a good thing. We want children to be well rounded in their reading. But to some extent such an attitude is also a hindrance to a child's success in language arts, especially a boy's."

So, what do boy-friendly books look like? Gurian lists a few general features that seem attractive to most boys: Spatial-kinesthetic action; Technical and mechanical content; Graphic and visual. And these qualities are not confined to any particular genre or format, I might add.

It kind of makes me think of the twelfth-grade boy I met last year who, very dejectedly, told me his teacher had assigned him The Joy Luck Club for his semester's reading project. I kid you not, this was a mandatory assignment for a teenage boy in an English class in high school. Which brings me to...

3. Choice. There is a concrete link between achievement in reading arts and the readers' right to choose material, again, especially for boys. Researchers have found that regardless of the specific type of content, boys will naturally choose what fits their current hormonal and neurological architecture and reject anything else as meaningless or boring.

In the video that was posted on comments last week, the boy ranting about freedom and libraries used a clever term, "indentured readers." When boys feel trapped or coerced into reading something they don't want to read -- no matter how "good" it is -- they will not read it. Classrooms, especially boy-only classrooms, need to develop and approve substitute, free-choice, boy-friendly reading lists.

This requires a big step away from rigidity in our public schools, because it will mean that they'll either have to expand the width of their bookshelves, or remove entirely books that boys simply won't read. Daring, I know. Oh... and it might just require teachers or reading coaches (I'll talk more about coaches later on) to actually read something new. *Gasp*

You can't make a boy read and enjoy The Diary of Anne Frank, for example, but is there anything necessarily wrong or invalid in allowing a boy to substitute a free choice like Art Spiegelman's Maus if he is more attracted to the graphic format? Or even Watchmen, for that matter?