a couple more ideas about kids and reading... 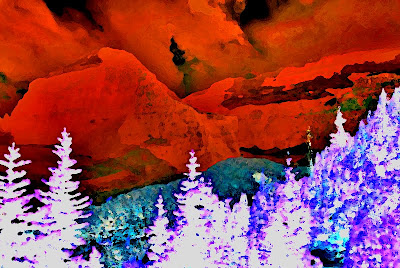 Okay. I'll admit I stopped the boys' brains blog short, and that I had intended to list a few more of the characteristics of boy-friendly reading programs.

And the other night, we had our dear friend, Christie, from the uberliberal enclave of Sacramento, over, and she said to me, "You know, I don't read your blogs when they're about reading and brains and stuff. I like them when they're funny."

Eh. Here's something funny for you, Christie:

Two literary agents go into a bar. They order a round and drink them. The bartender slides up and says, "Would you like another round?"

Finally, one of the agents lets out a dismissive sigh and explains, "We're literary agents. If we don't answer, it means 'no.'"

I know, you're cracking up, aren't you, Christie? Damn... no one can tell a literary agent joke like the Drewster. Wait till you get a load of my "Managing Editor" routine.

If you'd like any details on these, just comment, and I'll be happy to set myself up for another cyberflogging. Along with the first three I originally listed on the August 18 blog:

1. Gender-segregated classes as an option.

The reason I felt compelled to restate these prescriptions is that my favorite newspaper, The New York Times, ran a terrific article yesterday about The Future of Reading, and guess what? It's all about choice.

Now, I think even the Times doesn't suggest (and certainly I don't, either) that choice in reading equals the lack of guidance and oversight. In fact, the article quotes Diane Ravitch (often a source in the Gurian books):

“What child is going to pick up ‘Moby-Dick’?” said Diane Ravitch, a professor of education at New York University who was assistant education secretary under President George H. W. Bush. “Kids will pick things that are trendy and popular. But that’s what you should do in your free time.”

That implies this ultra-hands-off, dare I say STUPID, assumption by Ravitch that teachers fail to perceive themselves as coaches who will ultimately cultivate the nascent literacy abilities we can see in ALL our kids. We can get them to Moby-Dick, if that's what you want... but they shouldn't be forced to walk the plank and plunge into Melville if they haven't first developed some comfort with the written word.

Oh... and, anyway, Diane, you could probably get a few kids -- and parents, too -- to get into Moby-Dick if you booktalk the part about how -- when they're cutting up the whale -- one lucky guy gets to cut the foreskin off of a gigantic whale penis and wear it like a body stocking.

Anyway, it's a great article, that -- duh! -- says what I've been saying all a-freaking-long. From The Times:

Literacy specialists say that giving children a say in what they read can help motivate them. “If your goal is simply to get them to read more, choice is the way to go,” said Elizabeth Birr Moje, a literacy professor at the University of Michigan. Ms. Moje added that choices should be limited and that teachers should guide students toward high-quality literature.