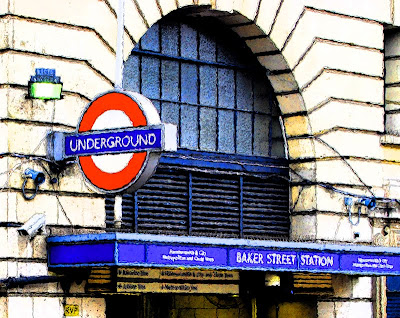 God knows there's hardly an hour of any day that goes by when I don't find myself wondering why I do what I do. I still haven't come to any soothing conclusions, but there are some things along the way that help to edify us as writers.

When I was in Ireland, I received a couple emails: one from a high school teacher whose teen readers had all read in the path of falling objects, and another from a young reader who had just finished the book and told me that it made him reexamine his own relationship with his brother.

Well, it's not like I am ever too inundated with email from readers that I can't respond to every one of them.

The teen group had some questions for me -- the teacher explained that the book made them wonder two things in particular about me and my writing. So I sent the kids a response to their questions, which, I understand, they are posting on their school library's website.

Here's the gist of their questions:

The kids were interested in learning about how my personal life related to the story of the brothers (Jonah, Simon, and Matthew) in the novel. They wanted to know what it was like as a kid having a big brother in Vietnam, and they wondered how that impacted the book. And they were also curious about my experiences in the Southwest, due to the locations of the novel.

Here, generally, is the response I gave them:

First of all, THANK YOU for taking the time to make comments about my books. There is nothing better in the world than hearing about kids reading my stuff.

As far as the question about my brother is concerned... I knew I had to write in the path of falling objects because I was so impacted as a child by my older brother's service in Vietnam. I was very young, but, being in a family with four boys, we had to share rooms... so, like Jonah and Simon, I spent every day of my life sleeping in the same bedroom with my brother -- that is, until he went to Vietnam. And he was just a kid, too (18 years old). For me, that experience was terrifying. I couldn't put it into words as a kid, but I had so many terrible nightmares and spent more than a year simply not sleeping at night. We also exchanged letters constantly.

My brother's letters became the background for the stories Matthew tells in his writing to Jonah. Most of those stories about the guys Matthew served with were all taken from my older brother's letters. I rediscovered those letters a couple of summers ago while looking through some old boxes in my garage... and that's when I started writing the novel (which I completed in about three months). The original basis of the story was from a short story I'd written in an undergraduate writing class. My professor begged me to try and publish the story, but I never did. I did hang onto it, though, for decades... and when I was ready to, it became Jonah's road trip with Mitch and Lilly.

So... it goes to show the value of hanging on to your stories.

Also, a big inspiration for writing the novel came, sadly, from having had several students who went on to serve in the Army and lost their lives in Afghanistan and Iraq. I know firsthand what those kids' brothers and sisters have gone through back home in the States -- and how lost we can feel at times. And I wanted to get that message out, too, without necessarily coming off as having a political agenda or being preachy about it. I hope I did what I intended.

And there was a great difference, too, in the immediacy of the Vietnam War in comparison to what's going on today. Today, soldiers' families can stay in almost instantaneous contact with their servicemen, but in the 1970s, it could take weeks just to connect by a letter. So all families could do was sit around and watch the evening news to catch little snippets of images and body counts. That made the whole thing even scarier, I think.

Now... as far as locations are concerned: the locations in my books always have a great deal to do with my life. Even though I am non-specific about the setting in Ghost Medicine (which the kids all read, also), I know exactly where this story takes place. And, when I was a kid, I spent many summers traveling across New Mexico, and have always felt some kind of psychic connection to that land (and I have some relatives who came from the Farmington area, which is where some of the last bits of in the path of falling objects take place).

I also want to say thanks and give a shout-out to the librarians and kids at Fond du lac High School in Fond du lac, Wisconsin for picking in the path of falling objects as one of their featured books for this month's Teen Read Week, and giving my book and website a mention on Fond du lac's KFIZ radio station yesterday.

I hope you have a great week in celebrating terrific books for Young Adult readers.
Posted by Andrew Smith at 3:30 AM