and so it begins 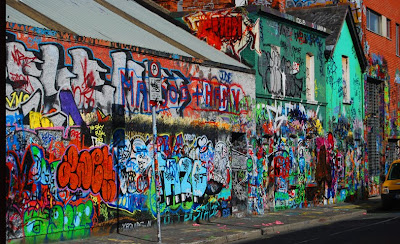 I thought about it for a few days, planned on this, and now I've started working as of this morning.

The revision work has begun. Look out for Stage Four.

When I start working on a revision, I usually go very slowly on the first day or so. But, then when I get into the rhythm of things, I can sometimes get through 70 or more pages in one day. Seriously.

This one will be a test, though, because the character who tells the story of The Marbury Lens is rather volatile and tilts toward self-destructiveness. So I have to be careful about what this does to ME on the other side of the page, but, at the same time, I realize what's expected of me and know that this manuscript really does deliver.

Just... oh well... Stage Four. Let me apologize in advance. I can already feel it setting in. My editor says this will likely be the final revision, claims to have been "judicious" with the line edits.

That's a funny word. Judicious could be a good thing as it pertains to line edits, or it could mean you totally suck (see Stage Two). In the case of The Marbury Lens, though, I think it may be a good thing. As I flip through the script, I don't see the usual battle map of squiggly pencil marks.

Which maybe means I am learning how to write.

If you get a chance, pop over to my friend Bill Konigsberg's Blog about writing (from October 1). It's really short, but good stuff. I don't know if it's his quote or someone else's, but it is so true what he says about staying in the room.
Posted by Andrew Smith at 5:33 AM