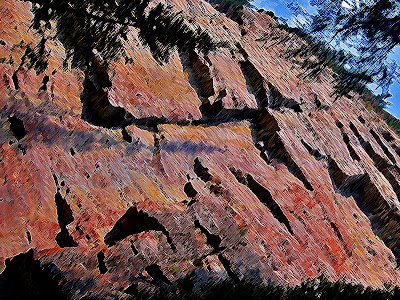 Let me tell you why I don't, as a rule, read (or like, for that matter) blogs by "book bloggers."

I had this conversation with some friends in Chicago a while back, and have spent a while debating when -- or if -- I'd ever put it up here. Now, don't get me wrong, I do read book reviews written by actual reviewers. Maybe that's overly snobbish of me, too; and while I don't necessarily routinely agree with book reviews, I do find some impressive qualities in a really well-written book review.

The thing about bloggers, we decided, is that they generally make whatever they write about (and especially their book "reviews") all about the big giant ME. I suppose that's the nature of blogging, and it's what this big giant ME doesn't like about it.

So I will tell you a rare truth here, for the first time, and then I will forever and once again slip back into my steady streams of lies: I make things up. That's what writers are supposed to do.

I don't even write this blog. It's written by a guy named Drew, who is not this particular big giant ME. So, if you find yourself at times irritated by Drew's proclivity to stubbornness regarding such things as punctuation marks, Nobel laureate authors, gender roles, and why there are so many shitty books out there being lavished with praise via the masses of big giant MEs... well, it's all made up by Drew, and not ME (but that's a secret).

Oh... but I thought every blog was totally real and valid.

None of them are.