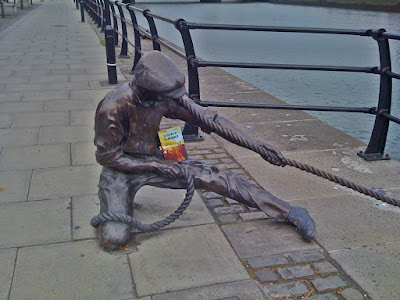 Everywhere we went in Dublin, people were reading in the path of falling objects. Like this guy here, who took a break from toiling away pulling in barges from the River Liffey.

Now we are in London, enjoying some of the nicest weather I've ever seen in the city -- and it's almost October.
Posted by Andrew Smith at 2:07 AM