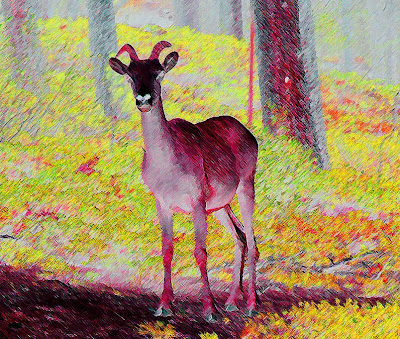 There are some parts of books that people automatically skip. Me, I go straight to the acknowledgments page in a book -- even before I buy it -- just to see what the author has to say.

Acknowledgments are more of a modern trend in writing, I think. You certainly never saw them in volumes of Melville or Poe... but it does make one imagine what they would have to say if they included one.

I didn't put any acknowledgments in Ghost Medicine, because, as a debut author, I actually believed that I wouldn't be allowed to. Yeah... there's a whole lot of stuff I just do not know about the writing biz. But I admit that I just don't care about the stuff I don't know about the business, anyway.

I've actually been yelled at by established authors for being so naive and unconcerned about certain aspects of "The Biz." But I'm not going to ever change... at least, I don't think I will... because I really don't care about anything else except the following:

1. I write stuff that I think is pretty good.

Yep. That's about it.

That said, in case you are a fan of such things, too, here are my acknowledgments from in the path of falling objects:

My older brother, Patrick, volunteered to serve in Vietnam when he was seventeen years old. And I still have the letter he’d written, saying to tell my younger brother, Steve, not to worry – that he promised he would not get killed. It’s a terrible thing when brothers make such requests and answer with such promises.

I rode through the Southwest with two of my best friends, Mike Bowen and Steve Tureaud; and I had to endure being in the back seat of Mike’s car the whole way home from Mexico, sitting alongside a life-size tin statue of Don Quixote that Mike picked up there (legally). The car was not a 1940 Lincoln Cabriolet, though.

Before he died, my father-in-law, Don Letney, bought a 1940 Lincoln Cabriolet. Now the car sits in a garage. I always planned to put that car in a book, so here it is, and now I suppose we’ll have to take it out and put that car on the road, where it belongs. It really is an amazing vehicle.

I do not believe in luck, but I am very fortunate to be represented by an incredible agent, Laura Rennert. She isn’t just a skillful agent, she’s about the smartest person I’ve ever run into when it comes to writing and telling stories. Thank you, Laura.

And thanks to all the “friends,” too. Like my good friend Lewis Buzbee said to me, there’s a reason why it’s called Feiwel and Friends. Thank you so much, Jean Feiwel, for being, like, the coolest person I have ever met. And thanks, Elizabeth Fithian, Allison Remcheck (officially, my first fan), Liz Noland, Rich Deas, Jessica Tedder, and everyone else who works in one of the most architecturally beautiful buildings on Manhattan.

Finally, I have a piece of paper, a sign, taped on the wall of my office that says, “What would Liz do?” My greatest thanks go to my editor, Liz Szabla. She may be the most amazing and talented editor that has ever loved working with stories, but, above that, she’s a friend. Thank you, Liz. You may remember that when you told me how much you loved this book, my answer to you was that if it was any good at all, it’s ‘cause you, Liz Szabla, taught me how to write. I do believe that.
Posted by Andrew Smith at 5:33 AM