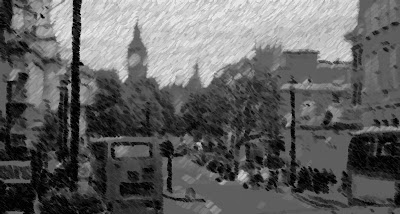 So, I've been going through my list of advance apologies (it's like a reverse-countdown twelve-step) and warnings for people who are going to get irate, indignant, offended, and outraged at some of the issues that worm their way through The Marbury Lens (which just received another really nice accolade: a pick on the Winter 2010 - 2011 Kids' Indie Next List).

And I just finished talking a bit about Issue Number One: Relationships, which I didn't think would be such a big deal... but was apparently wrong. I thought I'd hear much more about issue number two.

As a writer, I have an almost religious reverence for language. Not just what people say, but the way they speak and write it. I truly believe that writers can still more accurately record the nuances of communication far more completely and with more detail than audio or video recordings, not that I presume to say I'm especially good at it.

But several years ago I was writing and researching a novel set in Gilded Age California (which for some puzzling reason has always been a period in history to which I am inescapably drawn. Maybe I am reincarnated from that time. Or something. But it's why I used it as a backdrop for Seth's story in The Marbury Lens).

In any event, in researching that particular novel, I read countless pages of unpublished letters and personal journals that spoke in amazingly rich voices from the people who lived through that period. And I'll say right here, too, that there were some terms used in innocent colloquial expression that could easily be misinterpreted as vulgar, cruel, bigoted, homophobic, and just plain crazy by today's sensibilities.

So, when I wrote that particular novel (and, one day, I will go back and revisit my efforts on it -- it really is a cool story), I couldn't help but immerse myself in the voice of the time. It was weird.

Okay. That said, when I write my novels -- my contemporary works -- one of my overriding concerns is that I apply myself as a recorder of the language of the time. This means talking the way that my characters talk, living their lives, breathing with their lungs, singing from their mouths.

And I'll admit that I had some personal struggles with capturing the language correctly and unashamedly -- the way that teenage boys from California speak to one another when their conversation has no "grownup" or "teacher" filters on it.

Again, it's the fish behind the glass concept. Because, quite obviously, contemporary teenage boys in and from California use an awful lot of swearwords when they speak with one another.

That's just how it is. I'm not going to guess how boys in Antarctica communicate, or boys being raised in Trappist monasteries, nor those attending standardized schools in the wilds of western Pennsylvania. I know what I know.

You might also notice that they do speak differently when there are adults -- like Henry, Wynn, or Stella -- in their aquarium, and that's typical, too.

The thing that some people will have a hard time getting over is that the boys' frequent use of such words as... well... "fuck," has absolutely no underlying intent of shock or vulgarity. There are definitely vulgar ways to use the word "fuck," but in teen-boy-Cali-phonics, it almost never is applied in that context.

Again, this kid Jack is a pretty complex character. He is consumed by doubt and self-hatred. He's convinced that his life has been an unceasing mistake, and that he should never have been born, so he blames himself -- first and immediately -- when bad things happen to him.

And he talks to himself a lot.

Well, not out loud. That would be insane. But in his head he does. And he keeps cussing himself out, saying "Fuck you, Jack," every time he wants to blame his current condition on his own helpless course in life.

So, one comment I received was from someone who just didn't get why Jack keeps saying that particular internalized admonishment. The commenter said it was too much... too many f-bombs... Jack cusses himself out too frequently.

Um. The kid actually -- very seriously -- considers suicide a number of times in the book.

And the commenter wanted him to just shut up, to stop being so angry, to stop cussing, and quit it.

Maybe that's what happens when people read too much formulaic, cookie-cutter fantasy and YA, where everyone, genderless, ends up completely fulfilled (but NOT in a sexual way... more like chocolate eclairs or something), discovers their destiny, and claims their just birthrights.

I guess that's what makes "fantasy" really fantasy. And maybe that's why The Marbury Lens can be so unsettling to readers -- it sets you up for a fantasy-type experience, but it keeps assaulting you with fucking reality.

And how they think about, and are motivated by, sexuality and not chocolate eclairs (even if it is not acted upon). Get real, you know that's a motivator for teens -- especially boys.

But we'll look at that next time... on Friday.

Tomorrow, on Thanksgiving, I am going to do something completely different, and I anticipate it's going to piss off a few of my friends who have really great taste in music. I am going to list my "Top Ten of 10" -- the ten best albums that came out in 2010. The rules are simple -- the recordings have to have been done (originally and not remastered) in 2010.

And I'll also talk a little bit about why I chose those albums and artists and who I am intentionally leaving off my list.

But the apologies for The Marbury Lens will continue on Friday.