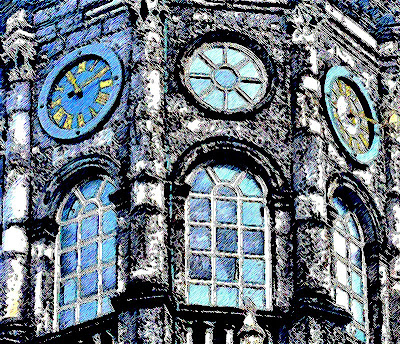 I kind of lied to Mr. Smith, but he believed me, too, so part of the blame is on him.

I didn't actually go camping, like I told him I did. Me? Camping? I think you'd be just about as likely to find me in a tent, sleeping in cold dirt, as under the hood of my mom's Infinity, changing the oil.

I don't even know what changing oil even means, much less how it happens. Why do you change oil, anyway? Isn't oil already like a million years old? Things get pretty "set in their ways" after about a million years, you can't just expect it to "change" without some serious couch-time with someone like Doctor Phil.

In case you didn't know, I have a therapist, too. He's the trendiest therapist in Valencia. Everyone calls him "The Teen Whisperer" because he is so good.

Well, I'll tell you about him some other time. I forgot, I was right in the middle of confessing why I lied to Mr. Smith about going camping.

I lied to Mr. Smith because after I got his notes back on the story I wrote, I got all depressed, and I thought he didn't want to talk to me any more. So I told him I was going camping with my friend, just so I wouldn't have to talk to Mr. Smith, and so I could let him off the hook about talking to me, too.

Being a writer sucks big time. I even tried to get in to see Jeff (the "Teen Whisperer"), but my mom said no way to his weekend rates.

My mom is stupid.

(See? I think Mr. Smith is turning me into a coffee-drinking cusser).

Anyway, then I thought that maybe I was just going through Mr. Smith's "Five Steps of Revision," so I began to rethink my isolation.

I'm confused. I have an after-school appointment with Jeff today. Maybe I'll swing by and say hi to Mr. Smith afterward.