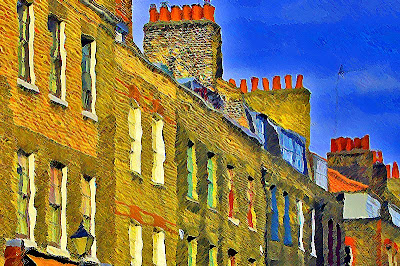 I'm going to be turning the blog over to Drew and Nick Sweeney, the kid who job-shadowed me, for a few days as I delve deeper into the process of unwriting.

A couple years ago, I read this book that I thought was absolutely brilliant -- a masterpiece on so many levels -- that was roundly bashed by many critics. In it, there is a character named Marianne, a sculptor, who has this belief that she has all these hearts in her, and that every time she creates a sculpture, she gives it one of her hearts. And when her last heart is gone... well... you know what happens to Marianne.

I feel like writing rips something out of me, too. But, unlike Marianne, I can put it back. Or, at least, I hope I can, by unwriting. If my theory is wrong, then I probably only have about one more book and a couple irate and drunken Facebook posts before I implode and die. So let's hope this works and that Nick and Drew don't drive my readership away.

And, speaking of reading things a couple years ago... Back in, I think, 2007, I received a package of galleys -- Advance Reader Copies -- of books that were coming out the following spring. Among them was S.A. Bodeen's The Compound. My son zeroed in, swooped down, and stole it. Just like that.

And he walked around, reading it nonstop, for the next 24 hours. He even audibly gasped when he got near the end of the book.

Well, back in November, I asked for an Advance Copy of Bodeen's next YA novel, The Gardener, but this time, I was prepared for the boy. I knew I couldn't read (I don't allow myself to read when I'm writing, and I was working on my latest "sculpture" -- ripping my heart out), so I hid the book in my garage.

I took The Gardener out of the garage on Sunday afternoon and finished reading it yesterday morning.

I want to use a bad word.

I want to use an exclamation point. But I have done neither on my blog since the beginning of 2010.

So let me just say wow.

What a (I also no longer use the word awesome) great book for fans of tight, suspenseful YA -- especially boy readers. Yes... I'd give this one a very high rating for boys age 11 and up.

The Gardener is a creepy sci-fi in the best tradition of The Twilight Zone, or maybe a little more grown-up, edgier Goosebumps. What I liked is that it's so fresh and original: a sci-fi without robots, space travel, or evil machines that take over the planet. And it's slick, suspenseful, and such a fun ride that keeps you hanging on until the end -- which has some interesting surprises.

Oh... and the other thing, The Gardener ambles into the subject of man's imprint on the environment, on the idea that once choices are made, we're stuck with them and might have to ride out a negative tide of consequences.

The Gardener is. not. preachy.

It leaves a lot of questions in the mind of the reader, not a lot of moralistic condemnations of the species Homo Sapiens.

Nice and refreshing, for a change.

It comes out in June. A great book for kids on summer vacation.
Posted by Andrew Smith at 3:08 AM