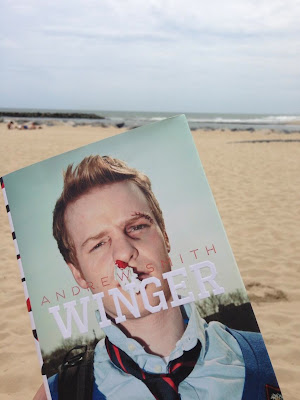 My favorite poet is Wallace Stevens.

I would have bought insurance from him, just because he was Wallace Stevens.

One time, someone said something like this to Wallace Stevens: I don't understand what that poem is about.

And Wallace Stevens answered something along the lines of: Of course you don't. You didn't write it.

I don't really know why I mention this. I just happen to work hidden Wallace Stevens references into a lot of the stuff I write. There's lots of Wallace Stevens pepperings in Grasshopper Jungle, as well as in the short story I wrote in the forthcoming (September 2013) anthology called Losing It.

Bet you thought I forgot about my pay-as-you-go online writers' conference, didn't you?

I didn't because I am excited to have joined a brand-new ORGANIZATION.

The organization is this: National Young Adult Authors Association.

It is pronounced nyeah.

So far, there is only one person in NYAAA, and one faculty member at our mega-super conference, and one guy who takes your money at the door: ME.

If you want to join, let me know, and I'll think about it. After all, NYAAA doesn't take just anyone. In fact, if anyone else does join, I will probably quit. While I was out on my seven-mile run this morning, I kept arguing with myself in my head about how morbidly introverted I am.

I hate my introversion, but not nearly as much as I hate being in clubs.

Anyway, I'm feeling compelled to give a lesson here this week on writing YA. Trust me, it will be tough.

You know why it will be tough?

It will be tough because LEARN is a verb. It requires some type of performance--action--on the part of the student. That's one of the first things I tell my students (and I've been teaching writing for a very, very long time).

Just remember that first bit before lesson one and it won't be as tough.