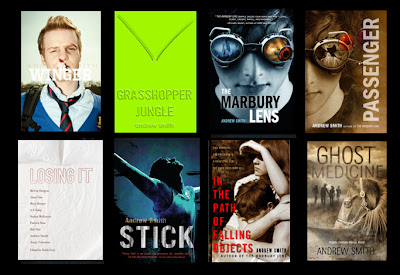 Okay. There are lots of writing/book issues that I could talk about today, but I feel the need to do something different. So, here goes:

[Author's Note--I am unapologetic in my love for baseball. I love baseball so much I stayed awake in bed last night thinking about how the characters from "Adventure Time" could replace the San Francisco Giants--How "Lumpy Space Princess" could be Pablo Sandoval; "Princess Bubblegum" could be Buster Posey; "Marceline" as Tim Lincecum; and, of course, "The Ice King" as Hunter Pence. Don't judge.]

Let me help you out. Seriously.

You have a little problem with PEDs. I can fix that.

Would you like to know how to fix that?

I thought so. It's really easy. There are two ways to fix it, and I guarantee they are both 100% effective.

These are my gifts, from me to you. Because I love you, Major League Baseball. I love how my dad used to take us kids to Dodgers games. I love Dodger Stadium, and going to Chinatown for great food after games there.

So, take these cures.

From me to you.

Method Number One: Kick the assholes out. First time. Permanent. Done. Did you get that? Kick. The. Assholes. Out. Make them give up their ten-fucking-million-dollars-per-year jobs playing a game in beautiful fields like Dodgers Stadium and go get a real fucking job like selling frozen malts at Dodger Fucking Stadium and walking up and down and up and down and up and down all those stairs for three fucking hours with seventy-five pounds of frozen fucking malts harnessed to their ripped shoulders.

Nobody would care if you kicked the assholes out.

You want to know why?

Nobody would care if you kicked the assholes out because there is an endless supply of young kids all over the world who maybe don't have biceps like Smithfield Hams (and testicles like Sunmaid Raisins) but are still every bit as exciting to watch play the game. And the fans will still go to watch those kids play.

Giving an asshole who makes ten million fucking dollars per year a fifty-game suspension is like sending your kid to his room without dinner and then insisting that he come down for dessert later on.

Look: Clearly what you are doing right now is not working. Method One will work. Trust me. Make the assholes carry frozen fucking malts.

Not the big foam fingers.

These assholes are ripped.

Method Number Two: Just give up and let the assholes take whatever they want to take. Put hookahs in the dugouts. Who cares, right? We get what we pay for, and there are no surprises to people who love the game.

So, Major League Baseball, there you go. It's a very simple problem to solve.