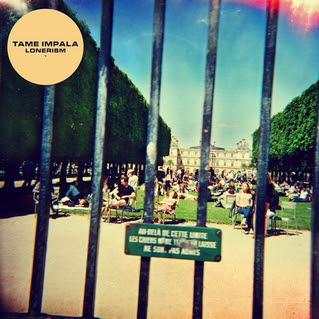 So here we go.

In music, 2012 had some of the worst things that ever violated my ears. Cat Power's hawk screech in the middle of her song "Cherokee" comes to mind (and, by the way, my daughter asked me, Dad, isn't it kind of stereotyping to put a hawk screech in the middle of a song called "Cherokee"? To which I answered, I don't know, honey, but it makes me crack the shit up because it sounds like the beginning of The Colbert Report). And it was a year for Larper Wave, too. I don't know what else to call the vapid meaningless shit put out by Purity Ring and other similar outfits.

I guess I need to grow a ponytail to appreciate stuff like that.

And it was a year for Sonic Sleep-Aids: The XX and Beach House, for example.

But there were some very good albums put out, too. And here are my favorite ten of 2012, in no particular order of preference except I will say which of these offerings is my pick for Best Album of the Year:

You know what Ty Segall did this year? He released THREE albums, that's what.

Um. Ty. Chill. This noisy and raunchy LP is everything great about Ty Segall. Amazingly good from such a hard-working kid. Like Titus Andronicus (below), this is great blue collar rock from a gifted and powerful performer.

Spiritualized is such a damn cool band. Watching them play, listening to them, it's easy to feel transported in time back to the 1970s. One of the best singles of the year is on this one -- an epic -- "Hey Jane," which also is connected to what is easily the most cinematic and disturbing music video I've ever seen. Space out to these guys.

I know this album took a lot of hits from people, but I totally dig this year's release from AnCo in the way it combines the richness of Merriweather Post Pavilion with the edgy vocals of their brilliant Strawberry Jam. Another psychedelic album on my 2012 list... and you've got to love Animal Collective just for being Animal Collective. Thank you for making this album.

An absolutely beautiful, lush album that is so very Pinback. Maybe a little trippy/psychedelic, too. I don't know why these guys remind me of a funky reincarnation of Pink Floyd, but they sound so good and their songs ask such provocative questions. It has been 5 years since Pinback released a studio LP, and this one will not disappoint their fans.

Remember When -- The Orwells

It's hard to compare this album to Lonerism. If there were two lists, this would be at the top of my second one, and I find myself sometimes changing my mind as to which, exactly, is my BEST offering for 2012. I always seem to put an album like this on my list: some very young kid (in this case, a number of them) who makes what is basically a home-recorded masterpiece. When you listen to this album, you can't help but feel like you're sweating inside some friends' smoked-out garage. I love this album.

This is the BEST album of 2012. One of several offerings this year falling in the psychedelic department; this one a rocker, reminiscent of 1970s-era John Lennon, and filled from corner to corner with addictive and beautiful tracks. So listenable.

Okay. It's not a White Stripes album, and Jack at times goes a little overboard on the overdubbed vocals, but what the hell -- it's Jack White. Fun album. Great sound dimensions, and a clever song about eating crackers or something. Can't wait to see what Jack comes up with next.

This album was financed through Kickstarter, and brings together some trancy/psychedelic/folksy/trip hop droned and punctuated by the characteristic soundquakes of founding member Tobacco.

TA's third album and third iteration of the band, too, having lost the amazing Amy Klein who is pursuing other projects. No matter what the makeup, though, the band is really the voice and soul of Patrick Stickles, a kind of angry and hungrier version of Bruce Springsteen. I will admit it: this is my favorite band in the US. You will not see a better show than a TA concert from the center of the mosh pit, and Stickles is such a smart lyricist with a commanding presence on stage. I'll admit this, too: it's easy for favorite bands to disappoint me (The Antlers put out a real stinker of an EP this year. WTF???) Local Business rocks.

Singles worth mentioning: I love Dinosaur Jr.'s "Watch the Corners" and Alt-J's "Fitzpleasure."

Looking forward to in 2013: Releases from Foals, Local Natives, Nick Cave, Arcade Fire, Foxygen, Atoms for Peace, Indians (this guy is from Denmark, and his first single, "Cakelakers" is so very good), Phosphorescent, and hopefully no Purity Ring. Should be a good year for tunes.
Posted by Andrew Smith at 11:28 AM