the year of falling trees -- the 2012 summer online writing conference 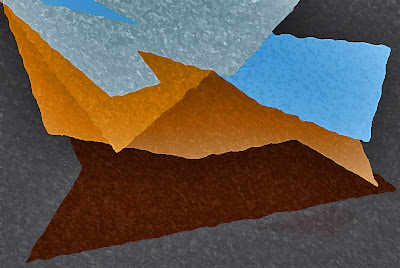 When I wrote earlier this summer about quantum reality and the idea that if a tree falls in a forest and nobody sees it, then the forest probably wasn't there to begin with, the following day a massive, sixty-foot tree fell down in my yard. For no good reason.

Then, a couple days ago I mentioned how I never read Goodreads reviews or threads, and I found out through a friend that there was some kind of major pissing war taking place there.

Here is my theory: If something gets said on Goodreads and nobody reads it, the universe is probably a better place.

Everyone loves to run in the direction of fights. Nowadays, fights are stupid and dangerous because the spectators on the fringe always jump into the fray. When I was a kid, a couple guys could have a good, honest, one-on-one fistfight and be done with it.

Those were the good old days!

I may as well prepare you now: This is another episode of Andrew Smith's Pay-As-You-Go Writing Conference.

You know the routine. Put money in the slot:

[Note: It's a new, nicer slot with card-read technology!] 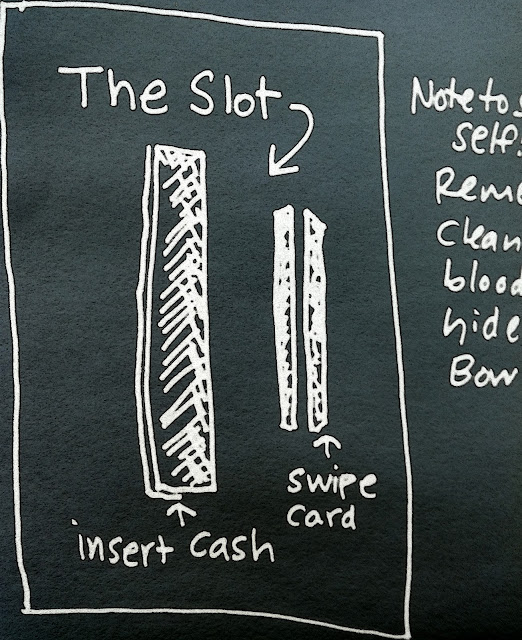 So, the other day I spent some time talking with my agent.

I don't need to tell you who he is. Everyone knows who he is. If you want to find out who he is, do your own damn homework [that was a personal aside, a barb aimed at a very good friend who happens to be much more successful than myself and sent me a recent request along the oh-by-the-way-who-is-your-agent lines].

By the way, before I go on, let me warn you: You might get mad, mad, mad! at what I write below.

You may be offended.

You can handle it.

By the way, my agent told me to tell you that he only wants to have one client: ME.

That should settle it!

So, while we were speaking, I said something like this to him: Whenever I read those preview lists where publishing imprints give short, one-sentence descriptions of what's coming out next fall or next spring, it always strikes me how everything sounds the same, like it's all so tired and has been done so many times before.

[Here's the important part -- the part that probably will not offend you] He said something like this: That's my inbox every morning. I am so tired of getting queries of exactly the same old stuff that's been done over and over. I really wish I could find that new debut author [he was kidding, he really only wants to have ME as a client] who has talent and something new to say.

CAN WE BE DONE?

Here's the tough part: Are you a writer or a whore?

If you're a whore, you'll look at what's out on the streets and make it available to any paying john.

That's okay. It's a living, right?

Speaking of living, did you pay the slot?

I am only trying to help you be a better writer, and you can help me in return. By paying the slot.

Go out and write, writer.

Don't look at what's coming out six months from now, or what's jamming the shelves of "New for Teens (squee!)" section at Barnes and Noble.

And if you're a writer, stick a Post-It note on your computer to remind yourself to think twice before posting on Goodreads.

I know, this was the tough-love breakout session. I will probably be nicer next time.