back to the why chromosome 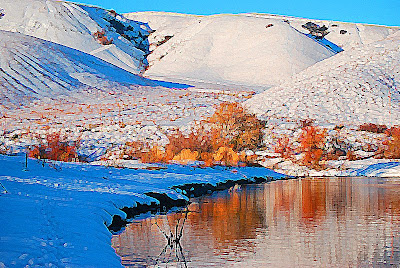 Drew is off pouting because Nick moved in. He's probably plotting his next sock coup-de-blog. And Nick... well, I kind of played a trick on him. I sent him off to the store in the 4WD and told him to follow the pre-programmed route on the nav system, and I kind of sent him on the "scenic route," which is 25 miles on dirt trails over the mountains. And it's been raining, so the kid's going to have to use the four-wheel-drive, which I don't think he's ever done in his life.

But, then again, I don't think he's ever been dirty one time in his life, either. So it will be good for him. Anyway, I had to get him away from that damned "farmville" for at least a day.

I hope he survives. He's a pretty good kid.

So, this week I got a group of high school boys I've been coaching to submit stories they wrote to Mrs. Nelson's Young Writer's Contest. Of course, Nick was one of them.

And now the tough part for them is going to be something that all writers have to endure: the endless waiting after you submit something.

First off, let me say that I think a couple of the boys have a real shot at doing well (and I'm not going to name names). That said, for the last six weeks or so, I've been playing editor for them. I didn't discourage any of them in any way, and I didn't "cull out" entries (like a real editor might do). I just asked them questions and gave them suggestions regarding their technique, and tried to be as positive and encouraging as possible -- trying to be as much like my own amazing editor as I could be.

Regardless of contest outcomes, these boys are all winners for doing something that high school boys just don't do any more (for reasons I'll get into later). And I promised that as soon as the ARCs for The Marbury Lens come out (this week, maybe??), I will give one to each of them.

Anyway, I learned a lot of things by working with the boys, and, although my observations are more anecdotal than scientific, they're pretty interesting.

First of all, I realized that most of the boys showed general awkwardness in writing dialogue. I don't mean in the content of their dialogue -- which I found to be very interesting and appropriate to their story arcs -- but in the mechanics of putting dialogue on a page, and their excessive use of dialogue tags (said, exclaimed, asked, etc.). [I am not a big fan of dialogue tags, anyway].

Second, their paragraph structure. A general observation was that their paragraphs often contained lots of big ideas. When I suggested to one boy that he break one of his paragraphs up into several shorter ones -- one of which contained only one sentence -- he told me that he thought about doing that, but was afraid that paragraphs needed to have a minimum number of sentences (five or seven -- I don't remember what he told me, and, obviously he's been learning from a master of writing).

So I came to this conclusion that by the time kids get into 11th or 12th grade, they have been Jane-Schaffer-expository-chunk-paragraph-formatted to death. Well, not to their death, but to the death of their own creative intuitions. That's why they generally had stumbles in the mechanics of writing dialogue (and especially internal thoughts), and they showed a tendency to make paragraphs with too much "stuff" in them.

It's kind of sad that creative writing is no longer seen as an essential element in secondary language arts curriculum. It bodes poorly for America's future.

We may no longer have the greatest assembly lines and manufacturing plants in the world, but America has always been top-tier when it comes to creative thinking. And whether you're talking about writing short stories or solving medical crises, you're not going to get there without creative thought.

I'll have more on the why chromosome, and, particularly about secondary-school-age boys and writing coming up.
Posted by Andrew Smith at 6:40 AM